Power Dynamics of Oppression: A Reflection

As a middle class educated white woman, I am, as of late, often seen to be an active participant in the hegemonic culture within which I live. However, I am in disguise. In May of 2015 I packed up my socially constructed box and threw it out the window. I am a Muslim and I live in a world that can never celebrate me for my full humanity. No matter which direction I choose I will be punished in some way. As a white woman wearing hijab I was seen by the wider society as deviant and a traitor. As a Muslim convert who has decided to forgo my uniform, I am, to a degree, somewhat of a pariah. I am dangerous to everyone that I encounter because no one can categorize and file me away. I am acculturated as an Arab Muslim but socialized in Canadian society. My family is both wealthy and poor and I encompass all Abrahamic faiths. To my white counterparts, I am a renegade appropriating a culture that is not mine; and to my fellow Muslims, I am a Jewish Zionist and can never truly be trusted. Even as an undercover Muslim, I am still just a middle-aged woman beginning her career too late.

I have, at one time or another and to some degree, encountered each form of oppression that has been explicated in chapter 2 of the book entitled, “Challenging Oppression and Confronting Privilege,” by Bob Mullaly. Oppression, as I have encountered it, is a loss of agency over one’s person. Furthermore, it is the inability to move freely in this world and become a self-actualized full participant of society. Though I am not alone in my experience, it is that feeling of solitude that perpetuates the cycle of abuses that can be found globally. I personally believe that oppression is a tool used by the dominant groups over their subsidiary counterparts in order to keep them subordinate and subservient and keep control and stature in society. Whether this instrument is used consciously or unconsciously, I cannot be sure.

The following is a reflection on my personal experiences with oppression.

Over the years, I have been on both the giving and receiving end of oppression, which is not a surprising fact to those who understand the complexities of how social structures operate. My first memory of being oppressed was not a memory of oppression at all. It was a joke my grandfather used to play on me when I would go to visit him. He used to tell me to go to the cellar because the Arabs had come to take me away. He would joke that I was sold off and to go downstairs. I was the only Jewish girl in my white, French Canadian family. He was a farmer with a third grade education. He was neither worldly nor learned and therefore I cannot be angry with him. This was my first taste of what was to be a long life of mental, emotional and verbal abuse from the people around me. Though this is not a shocking or extreme example of oppression, I will say that it was a form of grooming and over the years I have come to accept the abuses perpetrated against me because “it is just a part of life.” This, to me, is a perfect illustration of how oppression can become an unquestioned norm, which is a dynamic of oppression described by Mullaly.

Throughout my life, I have bore witness to the various ways that oppression can hold power over the “have not’s” keeping the “have’s” in (relative) power. It is not difficult to pinpoint many of the sources of oppression in my life, some of which were insidious and others quite overt. The structures of oppression that exist within myself and beyond make the nuances a norm that I have come to accept and ignore. Over time I have come to realize that the trauma I have experienced over the years has been so intense that I will often disengage and tune out anything a person says after I feel under attack. The language I have been given through the classes I chose to study have helped to empower me to make small changes in myself that I hope will ripple out and touch others as well. 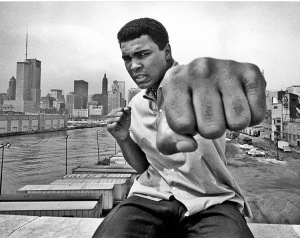 As a future social worker it is imperative to understand the dynamics involved in structural oppression and the intersectionality between personal troubles and public issues. Understanding how I fit within the web of oppression and power is one way to locate my place in this world while balancing the good of the people that I am advocating for. The Social Work Code of Ethics is a set of values that social workers refer to in order to ensure they are providing ethical service. As such, it may be used as a barometer of how effectively I am working to support people. One important point that was brought up by Mullaly is that though social justice is a requirement and value held within the Social Work Code of Ethics, it is not clearly defined. Therefore, this means that the social worker is to use their “common sense” in supporting people. However, this method of employment is not the most effective way to handle various situations. If a person has never done a values inventory or acknowledged their own power, as agents of various community programs, often employed by government agencies, they may unwittingly do more damage and harm than good.

There is no tangible exact definition of oppression as it is experienced in a multitude of ways and degrees. On some fronts acts of oppression can be nuanced micro-aggressions in the way people interact with one another. On the other hand, oppression can be manifest in physical ways through force or violence. In many ways oppression is an intrinsic part of our culture and everyone in society has been socialized to accept varying degrees of aggressive language that is used to demean and hold visible minorities back from fully participating. Discourse is an important tool for combating oppression because it can be used to break down barriers and show people a different perspective than that which they have been acculturated. Social justice is an important value that is outlined in the Social Work Code of Ethics. Regardless, it has not been well defined and social workers must be cautious in applying their social context or framework onto a situation that may be outside of the scope of that (sometimes) narrow view. Self-assessment and accountability are two methods of ensuring that a social worker is basing decisions for peoples’ lives on ethical principles rather than personal tropes and worldviews. Requiring students to engage in an anti-oppressive class is an important step in taking people out of their boxes and reframing ideas so that they can employ a more holistic and healthy method of practice.